Why not all CMS are created equal 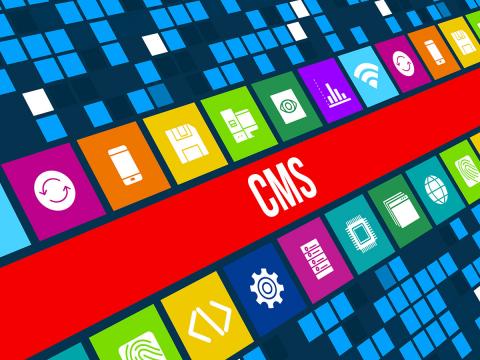 What is a CMS?

What CMS are available?

It's important to note that although other CMS may possess more market share than Drupal (our selected platform), this factor is not necessarily indiciative of the the best choice.

When comparing WordPress with Drupal, you could make a similar comparison between Ford and Mercedes. Ford has more market share, but we all know which car most of us would prefer to drive.

While the reasons for choosing a CMS are not obvious – rest assured that Online Medical has thought long and hard about the platform that best suits your needs. As we have the luxury to choose the absolute best solution for our requirements, we assessed a wide range of factors – with an emphasis on quality.

How are they different?

Unfortunately, many CMS platforms were initially designed with quite specific usage scenarios in mind. They are still suffering from limiting programming choices made early in the development history of each platform. Wordpress and to a lesser extent Joomla were designed intially as blogging platforms, while Magento is quite heavily slanted towards e-Commerce applications.

In contrast Drupal was designed to be a generic toolkit, not optimised for any particular task. Drupal requires more talented developers (and tends to attract them), but the benefit is a website optimised to do just the task required - with no problems imposed from legacy requirements.

On the surface, WordPress might seem like a good choice – it's the most popular CMS, with plenty of themes and plugins to choose from. However, there are a number of "gotchas". These issues are significant enough to mean Online Medical does not participate in WordPress development as a matter of policy.

Security of your website is a major concern. Authors of malware (malicious software that may affect websites) will always target their efforts at the most popular systems. As WordPress is so popular you are exposed to significantly more security vulnerabilities. There is also a lower barrier to entry for WordPress developers in general. While this sounds great (if you are a developer), it's not so good for site owners that may utilise a plugin written by such a developer. The end result is that your likelihood of being hacked or otherwise infected with malware is significantly increased on WordPress.

The temptation to use WordPress "themes / templates" means that your website design may not be appropriately customised to your requirements. While you can customise styling using WordPress theme, the process has limitations and becomes quite difficult with large websites and websites that require responsive technology. Often the end result is a website subject to the WordPress "look" – where design is based around the template and not the needs of the client. Most designers can pick a WordPress site without even looking at the underlying code. This is limiting from a brand development and design point of view.

With thousands of plugins available to install on your website there's a tendency for developers to incorporate too many plugins. These plugins often produce bloated, buggy, and perhaps insecure code (due to the lower barrier for entry mentioned). While the end user or site editor won't see this code, the implications are far reaching. Poor quality code places a greater demand on your web server and results in slow, sluggish website that takes longer to load and is generally less user friendly. The end result could be poor ranking in Google along with user abandonment, as people give up on your site (particularly on mobile devices).

With over 10 years of development and Millions of downloads there's a number of reasons for Drupal's popularity.
Drupal has been used to develop hundreds of thousands of high traffic websites – many with high security requirements, including:

Top tier website developers are attracted to Drupal – as it makes it easier for them to build high quality websites.
There were over 1,000 contributors to Drupal 7, with over 5,000 contributed modules to extend the core code.